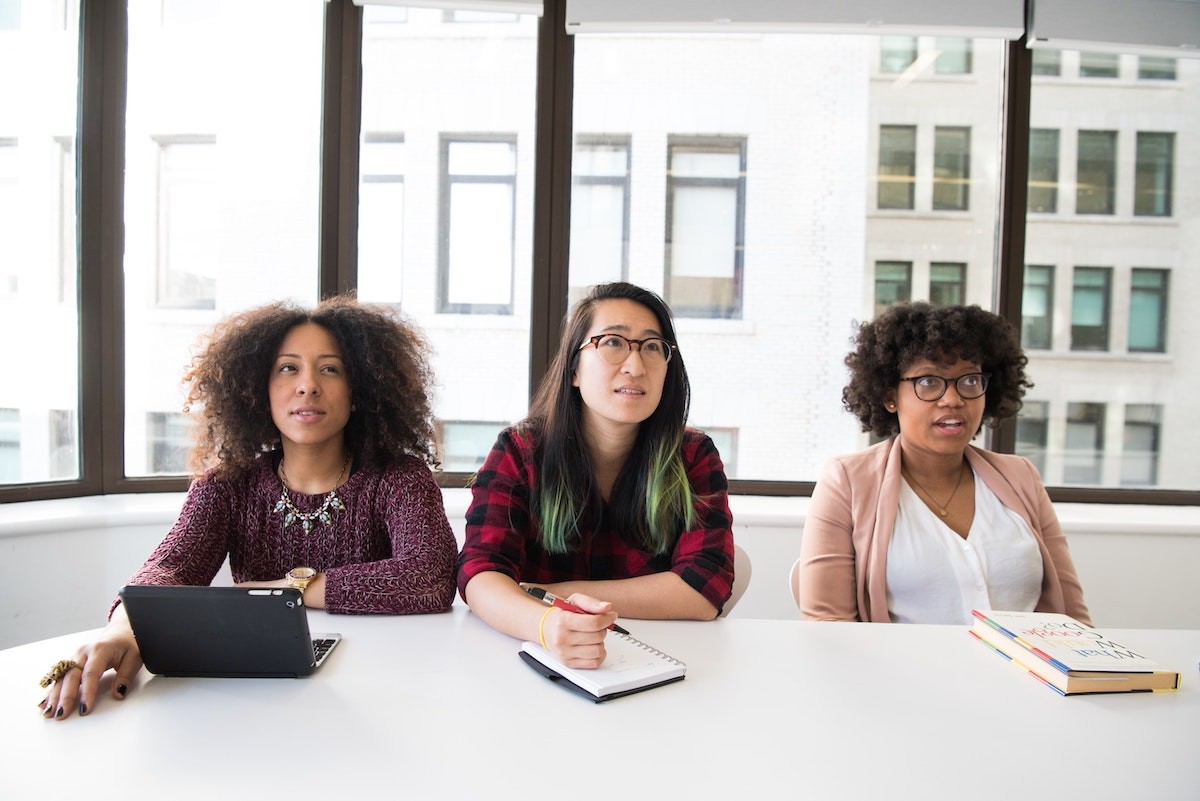 When it comes to women and money, the relationship can certainly be complicated. However, the reasons behind that complexity are equally stratified and problematic. From dangerous stereotypes about women’s natural inclination for overspending to channeling women away from high-income jobs when making decisions about career choices, the lies women are told about money from a young age can wind up costing us in more ways than one.

Today, I want to debunk seven of these damaging money myths that keep women stalled in the workplace, stuck in negative relationships, and halted in the pursuit of their dreams for themselves and their families.

Women are often portrayed by the media as over-spenders, usually in the pursuit of more outfits for their already jam-packed wardrobes. From Lucy Ricardo in the 1950s sitcom, I Love Lucy to Carrie Bradshaw in Sex and the City, women have been depicted as making poor judgments with their money - buying more dresses and shoes than they ought to - for decades. Hasn’t that plotline been played out by now?

Speaking of women, media, and money, where are the financial publications geared toward women? When those articles do appear in women’s magazines, they are often tucked between features on how to keep your man happy in your relationship and the top style trends of the season. What’s more, the content of those articles can be more problematic than helpful.

Starling Bank conducted a survey that looked at the language in more than 300 financial articles for men and women. The results were revealing: “65% of money articles in women’s magazines define women as excessive spenders.” The articles advise women to avoid splurging on large or unnecessary purchases. Yet, according to a study in June 2019 by CNBC and Acorns, women and men are equally likely to make impulsive purchases. In fact, that study showed men are more likely than women to spend $100 or more on those impulse purchases. When those articles do provide advice, it is trivial at best and insulting at worst, with some articles recommending women find “a means of financial support” - such as a husband or their parents.

Now, I don’t mean to disparage the virtues of being prudent with your money. Indeed, it’s important to be thoughtful about your spending. However, there is a deeper problem when it costs women more money than men to buy the same kind of items. This phenomenon, known as a pink tax, is a very real issue, costing women $1,350 more than men each year.

So now, not only are women being paid less for the same work as their male counterparts, they are being charged more than men for the same products and services.

The business of investing has historically been a boys’ club. Trying to edge into that world as a woman has been intimidating at times. Unfortunately, the world of finance isn’t built with women and their specific needs in mind.

A study by Merrill Lynch found that, on the surface, women appear to be more risk-averse. However, the level of confidence these investors had in their investment knowledge played a major role in that risk aversion - or as some articles say, “risk awareness.” As the discrepancy in financial confidence narrowed among men and women, so did the disparity in risk aversion. When women feel confident about their investments, they are more willing to take on risk in hedge funds, venture capital, and similar investments.

Myth #3: Women Are Bad with Math… and Money

For many children, their parents are their first teachers, introducing them to the world and showing them how to navigate it. Money management plays a big role in that navigation, but a study by Giftcards.com shows discrepancies in how parents talk to their children about money based on their gender.

Parents discuss aspects of financial literacy, such as credit scores, bank accounts, credit cards and investing, more often with their sons than their daughters. On the other hand, daughters hear more about budgeting, tracking spending, and saving. Families, perhaps unknowingly, are playing into the excessive spender stereotypes for their own little girls.

As with unconscious biases in the home, there are also discrepancies in how teachers view their male and female students. When teachers are inclined to favor boys in science and math, they bolster those students at the expense of the girls in the same class. This bias negatively affects girls’ opportunities to excel in mathematics and science and can lead to fewer girls in advanced courses. In turn, this makes it difficult for them to enter STEM career fields that often pay higher wages. This creates a negative and repeating cycle for women and girls.

Myth #4: One Size Fits All Financial Solutions for Women

So much of what we see and hear about financial success solutions for women seems to be centered on the idea that there’s a singular plan all women can benefit from. While the messaging is meant to galvanize women into taking the reins on their financial futures, the whole concept is inherently flawed. Every person’s situation is different, and as we’ve just addressed above, our society is actually structured to make it more difficult for women to build wealth than men.

For example, the COVID-19 pandemic flipped the world on its head in March 2020. As people struggled to figure out how to adjust, women disproportionally lost their jobs or had to quit their jobs because child care simply wasn’t available. It had an immediate and devastating effect on women’s presence in the workplace, unraveling progress that took decades to make.

So, don’t trust the hype around these one-size-fits-all financial success plans. It doesn’t mean you aren’t a go-getter or driven if you don’t buy into them. These plans are often more fiction than fact, and just because they worked for a couple of women does not mean they will - or even should - work for you. Never lose sight of the fact that you are unique, and your financial needs are, too.

Myth #5: Other Successful Women Are the Competition

Did you know we are currently at an all-time high for female CEOs at Fortune 500 companies? While that is exciting news on its face, the numbers are a bit less exciting. This all-time high amounts to just 41 women, a mere 8 percent.

This limited visibility of women in positions of power creates a false sense that there is only room at the table for one woman - maybe two - and that female employees are competing with one another for those spots. In reality, studies have shown that women and men are equally competitive with their own genders. No evidence exists for the damaging concept of a “Queen Bee” stereotype among female employees.

This is an especially dangerous myth because it propagates the idea that women colleagues can’t trust each other. In short, it divides them and lessens their collective power. When women also buy into this lie, they feed the stereotype that women can’t get along with each other and create drama in the workplace.

SEE ALSO: The Pressures and Benefits of Being a Female Breadwinner

Once you achieve your career goals and you’re in a leadership position, you will have shown the world that you are a success, right? Well, not necessarily, because the world we live in creates unrealistic expectations for women on many fronts.

You may be amazing at your job - a job you probably had to work harder to earn than your male counterparts would have had to - and that’s great. However, are you a good wife? If you have children, are you a good mother? What about your social circle – are you a good friend? Are you active in your community?

The concept of “having it all” is a myth and one that is only ever applied to professional women. Attempting to embody it often leaves women feeling guilty, unsuccessful, and less-than.

While both our own society and the male-dominated financial industry are skewed against us, the real truth is that women are just as capable of being financially savvy and successful as men.

One of the main stumbling blocks I see with many female clients is a lack of confidence in money management, often perpetuated by the myths discussed above. By working with an advisor at Flourish Wealth Management, we can help you navigate unfamiliar territory, build confidence, and develop a plan that aligns with your personal and financial goals. We work side-by-side with you so that you not only gain an understanding of financial planning but also have a trusted advocate working on your behalf. Contact us today for a complimentary discovery call to learn whether we may be the right match for your needs.