Taking the Leap : The Risks and Rewards of Starting a Business, Making It Grow, and Fulfilling Your Entrepreneurial Vision. 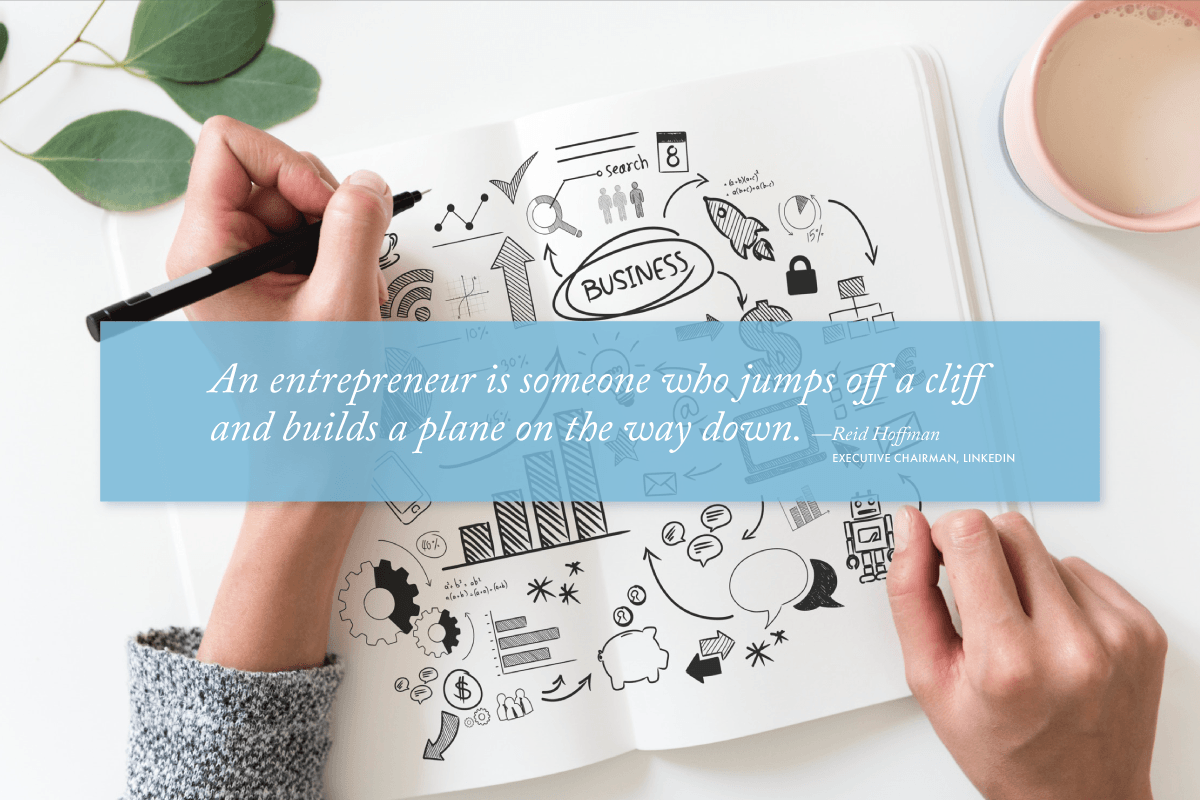 When I decided to start Flourish Wealth Management a little over four years ago, there was a great deal to consider and to plan for. But first I had to accept the fact that I could fail, things could turn out worse than I expected them to, the market could take a nosedive the day after we opened our doors, and my planning and effort could all be for naught. But, there was the other side, too. I might succeed, things might work out better than I had anticipated, the market might stay relatively steady, and my planning and effort might just pay off both financially and personally. For those with an entrepreneurial spirit, starting a business isn’t just about the potential for financial gain; in fact, financial opportunity often takes a back seat to the need for independence and the need and desire to create something meaningful and personally fulfilling.

So, what’s required to take the leap besides an entrepreneurial spirit? In my opinion, the following ingredients must be included in the recipe to launch a successful business: confidence, perseverance, endurance, and the willingness to risk failing miserably.

There are a lot of factors to consider when you are in the early phases of planning and running your business. Administrative and logistical tasks pile up, of course, but you also need to keep looking far into the future to see how your choices now could affect what happens later. It’s never too early to consider what your business will look like with one employee, four employees, twenty employees, and beyond. That means committing time to consider if there is scalability in your business plan to grow at a pace that won’t stifle quality. At the same time, you also need to consider how to react if your revenue projections are higher than what you end up invoicing in year one, year two, or year three.

Without confidence and perseverance, these considerations and all of the other “what-ifs”, “what thens”, and “what nows” would inhibit your progress and might just scare you too much to keep going.

It may be the ultimate cliché, but launching and running a successful business must be approached as a marathon, not a sprint. And what is required for a marathon? Endurance. There will be times that your plan A must be replaced with plan B, and then plan B may require a plan C to really work. It can be exhausting, mentally and physically, to sustain a can-do attitude in the face of adversity. But it is important to remember that when you experience a victory, no matter how small, it is an extremely rewarding feeling.

Businesses, if they are to remain relevant and sustained, are constantly evolving. It is the job of the person at the helm to manage the momentum, the tactics, the approach, and the implementation of this evolution. Many business owners see the big picture of where they want their business to go and they make the mistake of trying to do everything all at once to make that happen rather than taking an incremental approach with benchmarks that can be celebrated and capitalized upon.

This is not to say that one should consider their business growth as incremental. On the contrary. In order to grow exponentially, one must take an incremental approach to the means by which to get there. I have encountered many business owners in my career who overwhelm themselves and their staff by constantly trying to fulfill their long-term vision without laying the groundwork to make that vision clear, strategic and implementable.

The most sustainable way to launch and run a business is to manage your ideas, organize them and set objectives that are achieved only through strategy and planning rather than overwork and spurts of enthusiasm. In my opinion, following this recipe is the embodiment of endurance.

Failure may not be an option, but it is a possibility. In an article I read on Entrepreneur.com entitled 7 Risks Every Entrepreneur Must Take, the final paragraph had a quote that really resonated with me:

“Risks shouldn't steer you away from pursuing entrepreneurship. Instead, see them for what they are: necessary obstacles on a greater path. There’s no way to avoid the risks you’ll face as an entrepreneur, but by recognizing them, you can prepare for and mitigate them.”

For those who wish to create their own organization and benefit from the independence, invigoration, and financial potential of such an endeavor, the risks are likely ones you’d endure rather than throw in the towel. Acknowledgment of those risks, however, is simply part of the strategy process and is a critical part of long-term success.

It is no easy feat to go head first into a startup. You’ll end up donating a great portion of your personal time with little immediate reward. You will need to put trust in employees in order to delegate and grow. Sometimes those relationships can flourish and other times they don’t work out. In the latter case, it can cost you time and money to learn that lesson. You will invest your own capital or liquidate assets to launch this endeavor that could or could not work out. Sleeplessness is not uncommon, and that condition doesn't go away even after you have reached what others might consider monumental success.

But it is not these sacrifices that drive us, nor do they drive us away. It is the reward. The independence of creating something from nothing. Building it. Watching it grow. Learning at every step. Overcoming failures and celebrating victories. So, my advice: if you are passionate about being an entrepreneur, go gracefully and with your wits about you. Take the leap.  I know I personally have not looked back on my decision to start Flourish.