Fermi's Paradox and Your Money Story 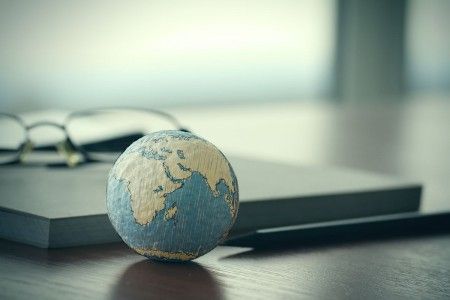 I was listening to a podcast recently that got me thinking about being alone in the universe. The podcast began with a journalist, who also happened to be a particle physicist, who was having an emotional conflict with a science principle known as Fermi’s Paradox which states that there is an enormous probability that we are completely alone in the universe. This journalist explained that it made him feel really sad every time he thought of Fermi’s Paradox. His perspective was, “If we are alone…completely alone in the universe, then that means…this is it. There is nothing else out there that we can learn from or experience beyond what we, as human beings, can create.”

I hadn't really given it much thought before, but it was sort of sad if you thought of it the way he did. But then I had another thought. What if we are 100% alone in the universe, and it is up to us to explore, and chart, and amass great knowledge of this inconceivable giant space called the universe. It isn’t really sad. It’s exciting and a little scary and an enormous responsibility.