On behalf of the entire team at Flourish Wealth Management, we want to thank all of the supporters who attended the book launch party in Edina on September 17th. It was wonderful to see so many familiar faces in the audience and share the excitement of the evening with everyone. I have also received supportive e-mails and calls from people that couldn’t attend the event, along with some positive comments about Flourish Financially. I have often compared the process of writing a book to having a baby, and based on the early feedback and support it looks like me and my “baby” are making some positive first steps.

The book launch party wrapped up a busy couple of months as summer came to a rapid conclusion in Minnesota. We share some stories about the book in the pages below along with market comments and other updates.

Flourish Wealth Management is a sponsor of Common Hope's Noche De Colores | The Biggest Graduation Party of the Year on May 18! 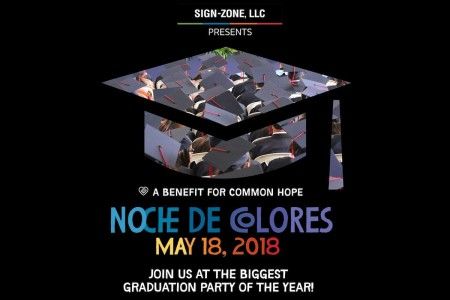 For the second year in a row Flourish Wealth is sponsoring this exciting celebration that benefits Common Hope. Noche de Colores is an event that celebrates students graduating this year who have benefitted from the programs at Common Hope.

There is something powerful about coming together to listen to those whose voices aren't always heard -- the participants of the life-changing programs of YWCA Minneapolis.

During the Circle of Women program, girls and women whose lives have been changed in small and profound ways share their stories with attendees. Be inspired by their stories!